Why candidates ghost & how to keep them engaged 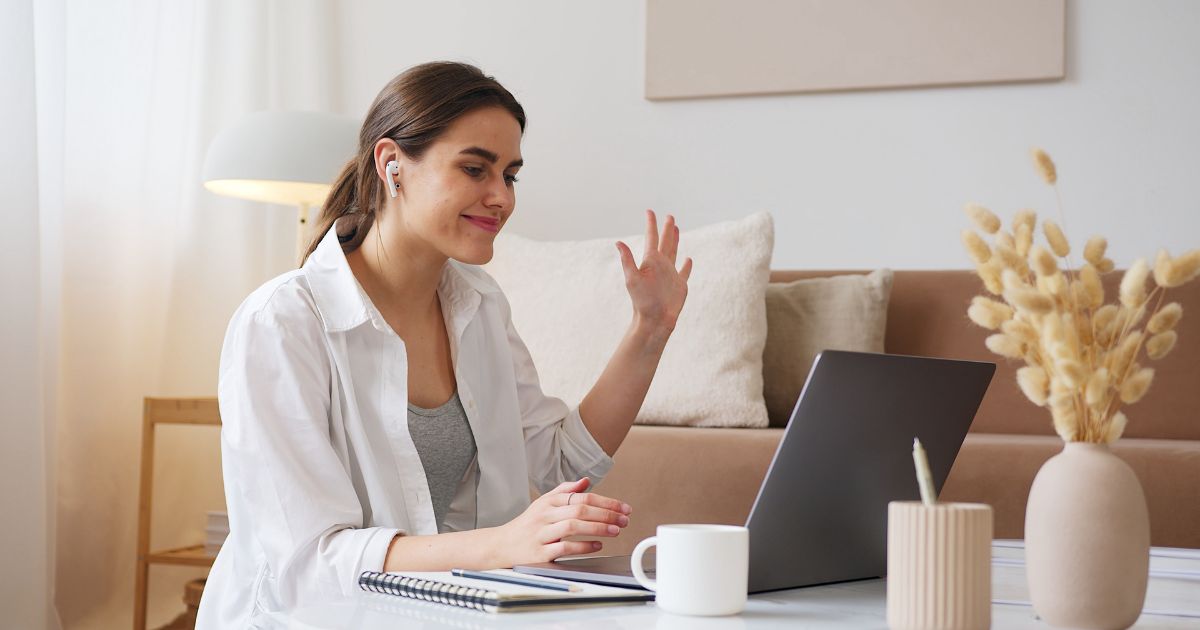 According to a 2022 Monster survey, more than three-quarters of recruiters say they’ve been ghosted by a candidate. It’s not just an illusion either; nearly half of all candidates admit that they’ve previously ghosted an employer. Ghosting has impacted some fields more than others; Robert Half recently revealed that drop-off is most common in technology, administrative, and customer support roles.

Even after accepting an offer, candidates may still have a change of heart. Data from Lighthouse Research & Advisory shows that a quarter of candidates continue to consider other jobs for a few weeks after accepting another role, and nearly 20% never stop considering other jobs. The hard reality for many talent professionals is that many people today are always on the lookout for a better opportunity, which is one reason why ghosting has become a major disruptor in hiring.

Hiring has slowed in the latter half of 2022 for certain segments, but the overall market still favors the candidate in terms of job openings. “There are still 42% more roles available online now than there were pre-pandemic,” said Anton. “So we still need to focus on why and how we can attract and retain people throughout the process.”

What causes candidates to ghost?

Add the rise of ghosting to the list of long-term effects of the COVID-19 pandemic. With the rise of remote work, people can work for companies based outside of their local area, and even outside of their country. That gives them more options for where to work and increases competition among employers across the board.

Qualified candidates disappear from recruitment processes for a reason. The stats vary depending on the source, but all signs point to problems with expectations and communication. According to Lighthouse, the top reasons for ghosting are:

The hiring landscape shifted dramatically between the two halves of the year, with many companies slowing or completely halting their recruiting efforts later in Q2 and Q3. This also impacted the ghosting trend in terms of why candidates drop off during the hiring process.

According to Screenloop data, the number one reason candidates drop out is due to a lack of remote work options, followed by competition from other roles and dissatisfaction with the salary.

Compared with Q1, the number of candidates in Q3 that cited a long recruitment process or timing as the reason for dropping off actually decreased. Anton said that this could be due to the recruiting frenzy at the beginning of the year when candidates were applying for multiple roles without much skin in the game.

How do you minimize the chance of ghosting?

Once you’ve identified where and why candidates ghost, it’s time to adapt! So how do you keep from scaring off great talent, and build lasting relationships with candidates?

Find out what they want first.

To minimize ghosting, Zumar points out that asking simple, straightforward questions early on drastically reduces the potential for ghosting in the offer stage. “Something we’re reluctant to do or just forget to do because we’re caught up in getting candidates to a later stage is actually asking them, are they interested in the job or is this what they want, and how does this compare to their other opportunities? Are they ready to receive an offer?”

Andres added that asking questions about their starting date and when they can make a decision is incredibly helpful. When you know their intentions, it’s much easier to build the experience around their timeline and expectations.

Set the stage for flexibility & openness in the process.

To avoid losing out to other offers, “I really try to lead with a human, personalized approach, and I think that I can glean a lot more information that way,” said Tammy. “One of the things I try to asses right off the bat is, ‘how many processes are you in right now?’ I frame everything in the spirit of transparency.” She says that they will normally alert her if they are in any mid to late round stages, and she needs to move more quickly.

Overcommunication is what you should be aiming for, said Zumar. Lay out the process at the beginning, but also reminds them of what the next steps are with each touchpoint and prepare them for interviews. “It just shows that you’re on their side and working with them, rather than against them.”

Money isn’t everything, but it can easily be a dealbreaker. Transparency with pay and compensation upfront ultimately saves both sides time. Most employees want some form of pay transparency but may not feel comfortable bringing up salary in conversation. Minimize the tension on their side, and proactively communicate salary and other important forms of compensation. It could be included in the job listing, mentioned in initial outreach, or brought up in the first conversation – just don’t wait until the offer stage!

Use data to reduce roadblocks.

Track data points like the percent of applications completed, email and response rates, and where most candidates are dropping off to understand where your processes need improvement.

Tammy shared her recent experience gathering data on where bottlenecks are in hiring, and how it has allowed her and her hiring managers to be agile in adapting processes.

“Speaking to duration, we found out the hard way that we were getting a lot of ghosts in the mid to late assessment rounds. Getting ahead of that data allowed us to quickly shorten challenging assessments, and avoid losing out on that pain of losing a great candidate,” added Tammy.

Checking response rates and interested rates within Fetcher has given Tammy the ability to understand what resonates with outreach. From there, she can build personal email responses and cadences that keep engagement high. “It takes a village to keep even the most interested candidate, interested,” said Tammy. “By that, I mean having really warm touchpoints from every single person in the process. We want them to feel excited and like they’re going to belong, at the end of the day.”

Andres added that how personalization is used is key. “We used to think that’d be it really cool to mention being a Yankees fan to people that lived in New York, but now we know it’s really about how relevant the job is to them. They want to know what impact it will have on their career, or what impact they will have at the company.”

Watch the full session with Andres, Anton, Tammy, and Zumar below. 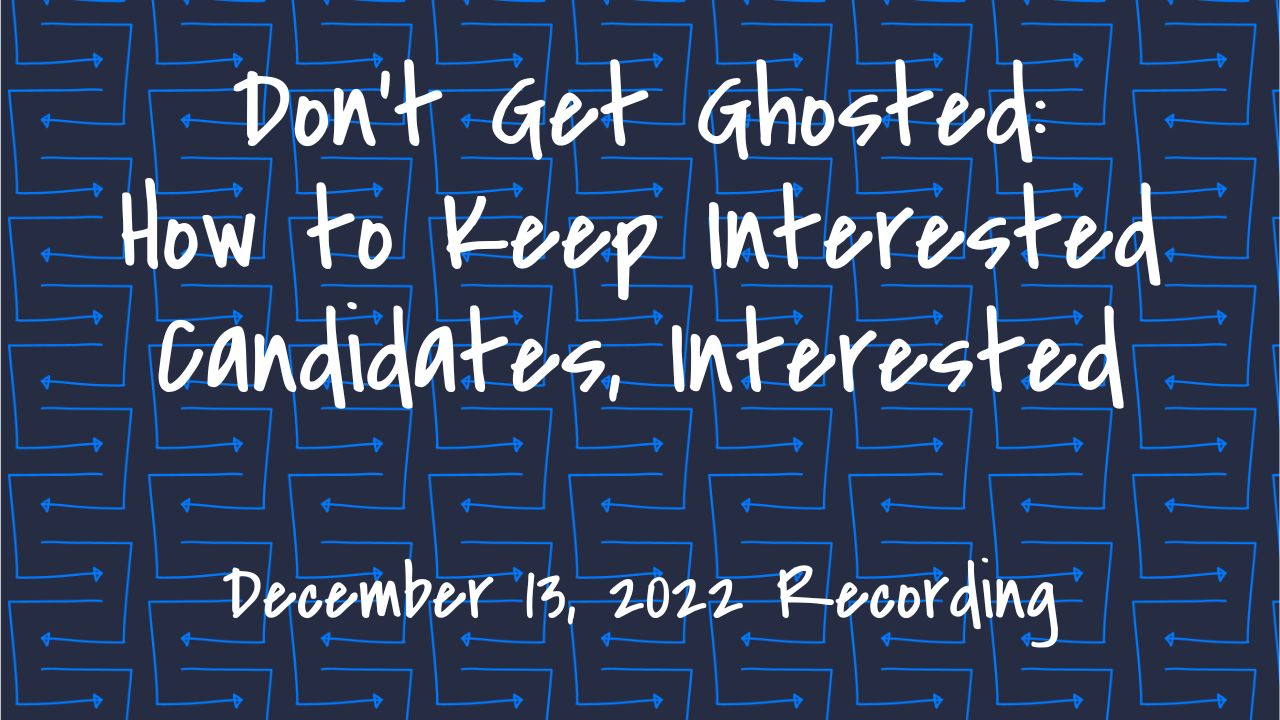 Nobody likes to get ghosted! Keeping your talent pool engaged requires having the right tools, processes, and people in place, plus the visibility to understand what’s working.

Fetcher allows talent teams to find the balance between efficiency and personalization through automated, tailored outreach sequences. Learn more by scheduling a time with our team.

Check out our other blog posts for more talent acquisition tips and insights into recruiting trends.

At Fetcher, our mission is to introduce companies to the people who will help them change the world. Our full-service, recruiting automation platform automates those repetitive, top-of-funnel tasks, so you can focus more on candidate engagement & team collaboration. Simplify Sourcing. Optimize Outreach. Hire Top Talent. Learn more at fetcher.ai.